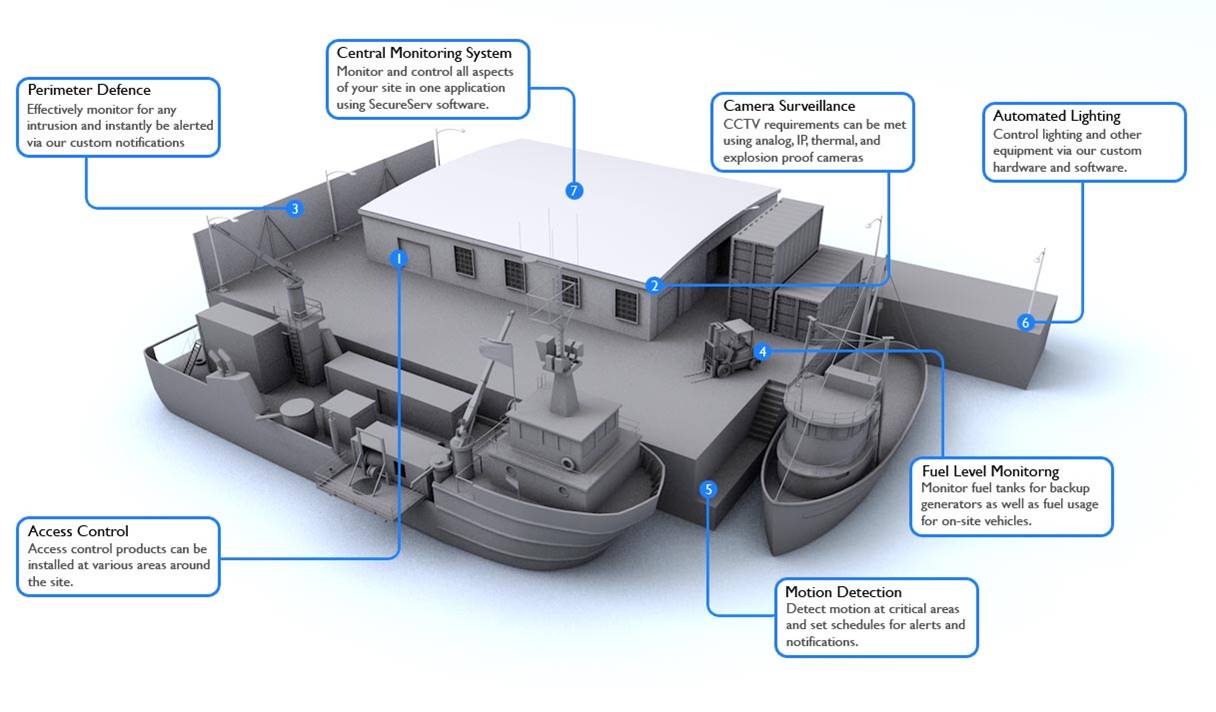 International Ship and Port Facility Security (ISPS) Code is a set of measures to enhance the security of ships and port facilities.

It was developed in response of the perceived threats to ships and port facilities after the 9/11 attacks.

International Armour has invest in the port security section for many years and it is all the time ready to provide solutions related to;

- Maritime Security (in port, on board of ships, at sea) 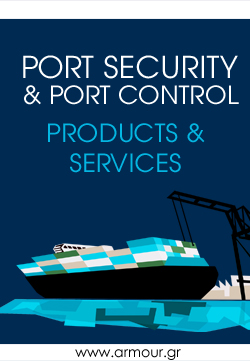 What is the port security status today?

Exploiting weaknesses in port security is central to these crimes.

The associated costs reduce the competitiveness of those affected, including the ports.

So long as trade threats exist, port security will remain as essential to port operations as cargo and good labour relations.

Traditional views of port security responsibilities must be expanded.

Those threats include terrorism, piracy, smuggling of stowaways and drugs, cargo theft and fraud, bribery and extortion.

Sea robbery provides an excellent example of the complexity of port security issues.

The nature of sea robbery necessitates that port security controls include both the waterside and the landside access of ports.

However, jurisdictional authority discrepancies, a lack of financial resources, and equipment problems are frustrating the attempts by some countries to address this issue.

Responding To the Threat!

Port security is an essential part of the safe, secure, and competitive operation of the maritime transportation system.

It promotes the development of commerce and is an essential element in maritime trade competitiveness, which cannot be achieved merely by modernizing port infrastructure and increasing operating productivity.

Port security can surface as a significant issue in trade negotiations, and government and industry courses of action should be coordinated to facilitate effective solutions.

Port authorities should develop the means for exchanging current information on port security issues and for disseminating intelligence to the commercial industry.